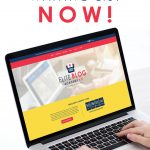 Success By The Thousands (Literally!)

Since first opening our doors in 2014, Elite Blog Academy®—and now ACTIVATE— has coached more than 12,000 students around the world. In that time, our students have seen incredible results, from creating 6 and 7-figure businesses, to securing major book deals, incredible brand partnerships, and national media coverage.

From Broke to Booming

“Elite Blog Academy tuition was the BEST money I have ever spent.”

From Blog to Business

“EBA changed my life. Even if you are living paycheck to paycheck, it’s worth it.”

From Teen Mom to CEO

“I signed up and immediately knew it was the best thing I had ever spent money on.”

From Debt to Financial Leaders

“Without a shadow of a doubt we needed Elite Blog Academy to get us there.”

From Stressed Lawyer to Loving Life

“EBA is not magic, but magical things happen when you do the work.”

From Aimless Hobby to Successful Brand

“You’ll be surprised at the results you make in just a couple of months.”

From Local Cowboys to Online Leaders

“Thanks to EBA®, I can spend my time doing the right things in the right order at the right time in order to continue moving my business forward.”

From Newbie to Bread Winner

“I honestly think this would have been too scary to me to try had I not had the overall plan and steps that EBA® provides.”

From Fighting to Full Time Ministry

“We wish we knew about EBA much sooner. It would have saved us time and money had we done it right the first time.”

“If you want to make your blog a success, it is worth the money”

From Beginner to Growing Blog

“Since I signed up, EBA has been like a compass whereas before I always felt lost”

“If you want your life to look different than it does today, EBA can give you that freedom”