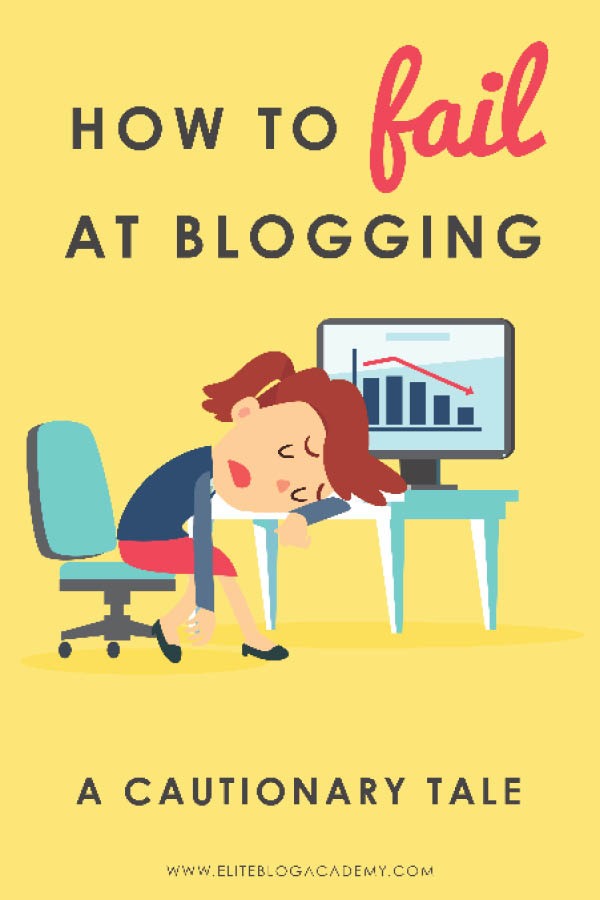 I founded Elite Blog Academy® in 2014 because people kept asking me the same question over and over again. In some form or another, it went something like this:

Ruth, I’m so overwhelmed by all the conflicting information that’s out there about blogging. I have no idea what I should be doing or who I should be listening to. Can you just tell me, step by step, what I have to do to be successful?

And that’s exactly what EBA®—and now the ACTIVATE coaching program—was designed to do—provide a step-by-step roadmap for building a successful, profitable, and predictable online business through blogging and content marketing.

But you know what no one EVER asks me that they really really should?

How to FAIL at blogging.

I guess maybe it’s something no one really wants to say out loud, or to admit could be a possibility. It’s certainly not a great marketing strategy. After all—everyone loves a success story, right? But those failure stories? Not quite so inspiring.

But after teaching more than 12,000 students over the past seven years, I’ve pretty much seen it all. I have a huge number of students who have built thriving 6 and 7 (and even one 8) figure businesses, and many more students who are well on their way.

But also have a fair number of students who never built much of anything. They got stuck. They got distracted. They got frustrated. They gave up. In some cases they never even started.

Suffice to say, they failed.

But what’s really important to understand is WHY. Because I can tell you—it’s not luck. It’s also not the desire to succeed or choosing a particular niche or even a willingness to work hard. Even so, there are some pretty significant differences between those students that are successful and those that aren’t.

So here it is—step-by-step instructions for how to FAIL at blogging.

Hands down, this is the number one momentum killer I’ve seen for new bloggers—the stubborn insistence that everything on their website be “perfect” before they can start. They tweak and they tinker, moving things around, sometimes writing more blog posts but not daring to make any of them live, continually thinking there will be some magic moment that it’s all “right,” which will mean it’s okay to move forward. But then that magic moment never comes.

And that’s because blogging doesn’t really work that way. There’s no such thing as perfection—it’s always a work in progress. The most successful bloggers are the ones who are willing to move quickly and imperfectly, knowing that there is always room for improvement later.

B.S.O.S.—also known as Bright Shiny Object Syndrome—is the need to constantly be looking for something new and more exciting than whatever you’re doing right now, and when it comes to blogging, let me just tell you—the struggle is REAL! That’s because in the online world, there is pretty much a constant stream of new ideas, new trends, and new bandwagons to jump on. It’s enough to make your head spin!

But the most successful bloggers don’t let themselves get distracted. They’re the ones who dare to stay focused on following their plan, and save new ideas for when they complement their plan, not detract from what they’re already doing. They shut out the noise and do the work.

A lot of new bloggers make the mistake of thinking that starting a blog should be completely free and they shouldn’t have to invest into getting their business off the ground. As a result, they end up using inferior tools and software that don’t work as well, or they end up with a site that looks— for lack of a better term—“homemade.” Plus they tend to focus ONLY on organic traffic, which while free, tends to be slow and unpredictable.

Successful bloggers, on the other hand, understand that starting a business will require some amount of investment into the right tools and software, the right education, and the right services when needed, such as tech support or graphic design. They’re also willing to invest in paid advertising to grow their business faster in order to see real results.

Most new bloggers assume that the only way to make money through blogging is through the “traditional” blogging model, which basically involves creating tons and tons of content and then monetizing through advertising on your website.

As a result, they focus all of their energy on just getting enough pageviews to first get approved for ads, and then to eke out just a tiny bit of revenue. It’s an exhausting process.

The most successful bloggers aren’t worried about advertising or page views because they know that’s not the most effective way to monetize. Instead, they’re focused on growing their email list and creating and selling their own products.

5. Focus on the wrong metrics

There are a lot of numbers that can make bloggers feel good, and like they’re making progress when they really aren’t. These are called vanity metrics, and they include things like the number of likes or followers you have on social media, “engagement,” page views, and any other numbers that are related to popularity and ego instead of profit.

The most successful bloggers don’t care about vanity metrics. Instead, they’re focused on the numbers that actually matter in a business—revenue and ROI (return on investment.)

6. Listen to the wrong people

There’s no shortage of “expert” advice floating around the internet about how to make money blogging. Unfortunately many of the tips and strategies being shared are flat-out BAD advice, often given by superior-sounding know-it-alls who spend the bulk of their time in Facebook groups and forums pretending to be experts rather than actually doing the work of growing a successful business.

The most successful bloggers are careful about who they listen to, and use discernment when accepting advice. They make sure the “experts” they are listening to can back up their advice with hard data and proof so that they’re not led astray.

7. Go way too broad with your topic

A lot of new bloggers are reluctant to niche down, afraid that if they narrow their focus, they’ll have a hard time attracting any sort of audience at all, or they’ll get bored because they won’t have anything to write about. But the reality is that the broader your audience, the harder it is to gain traction.

On the other hand, the most successful bloggers are the ones who niche down and focus on one particular topic or audience. This allows them to find the right people and to monetize their platform much faster and more efficiently. 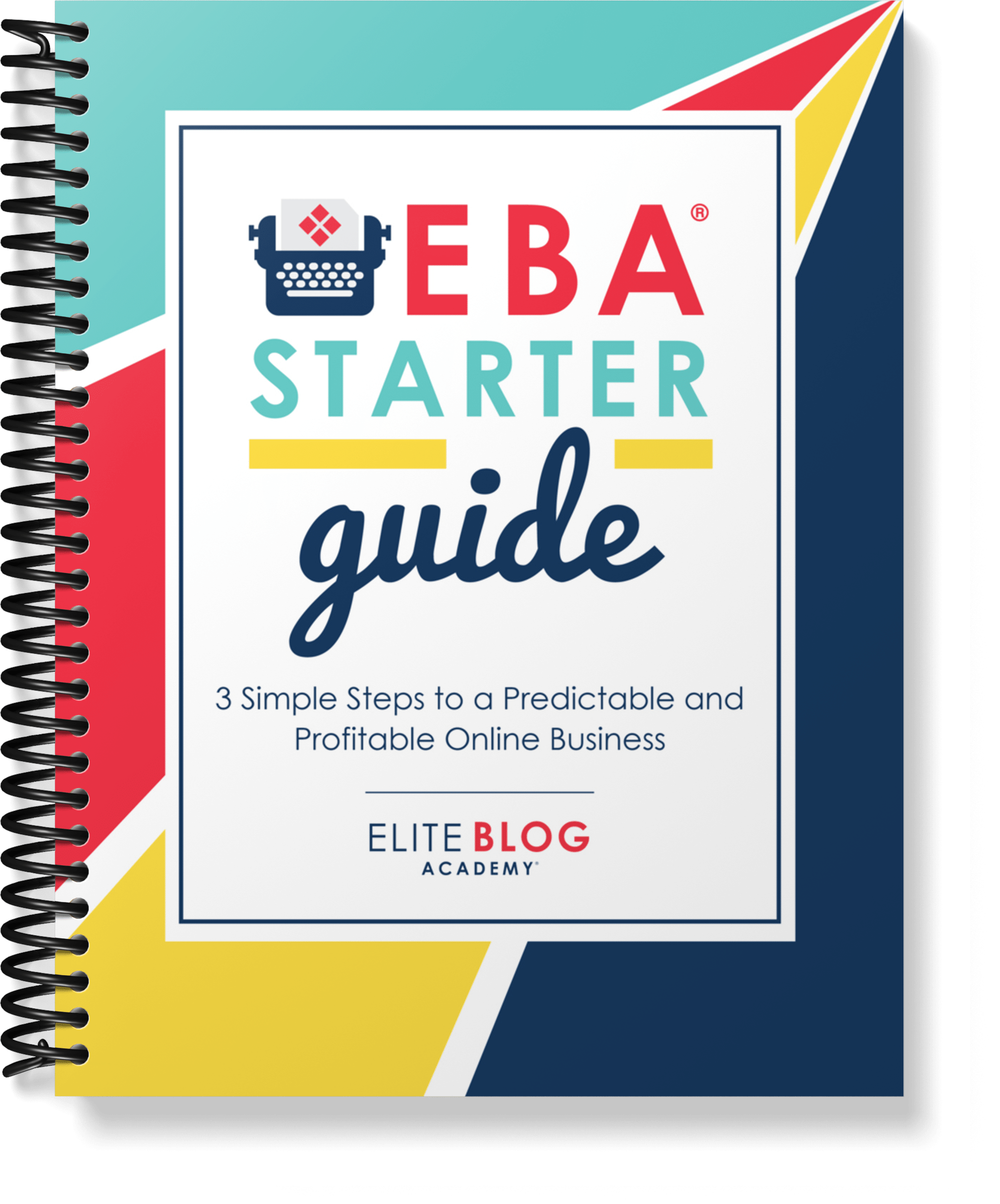 So there you have it, seven surefire ways to fail at blogging. Insist on perfection. Succumb to B.S.O.S.. Try to do it all for free. Choose the wrong business model. Focus on the wrong metrics. Listen to the wrong people. Go super broad with your topic instead of niching down.

Or, if you want to SUCCEED at blogging you could simply NOT do those things. Instead, you could choose to move quickly and imperfectly. You could pick a plan and stick with it. You could invest in the right tools and education, and follow a proven business model that works. You could focus on the right metrics, make sure you’re listening only to experts who can back up their advice with real data, and choose a small niche to focus on.

Luckily, that’s exactly what we teach you to do in the ACTIVATE coaching program here at Elite Blog Academy®–how to grow a predictable and profitable online business faster than you ever thought possible.

Ready to get started?

Download our FREE 6 Figure Blog Plan for a step-by-step guide to growing your predictable and profitable online business in less than a year. 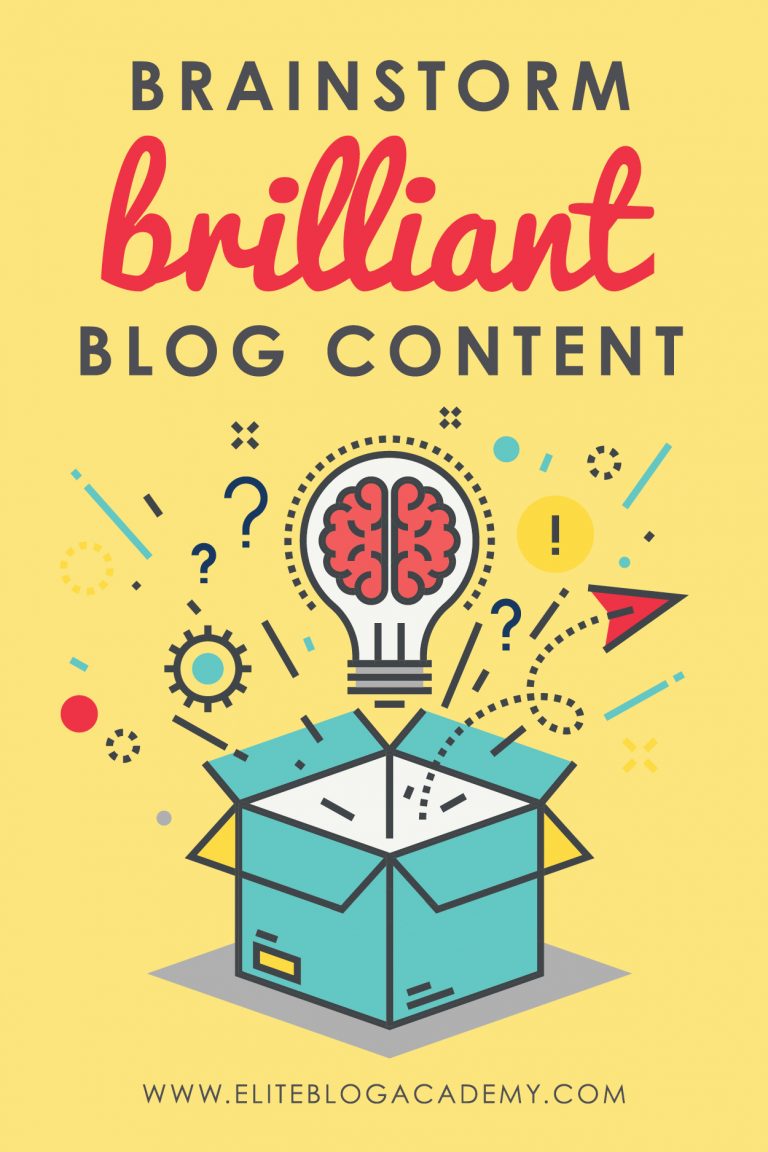 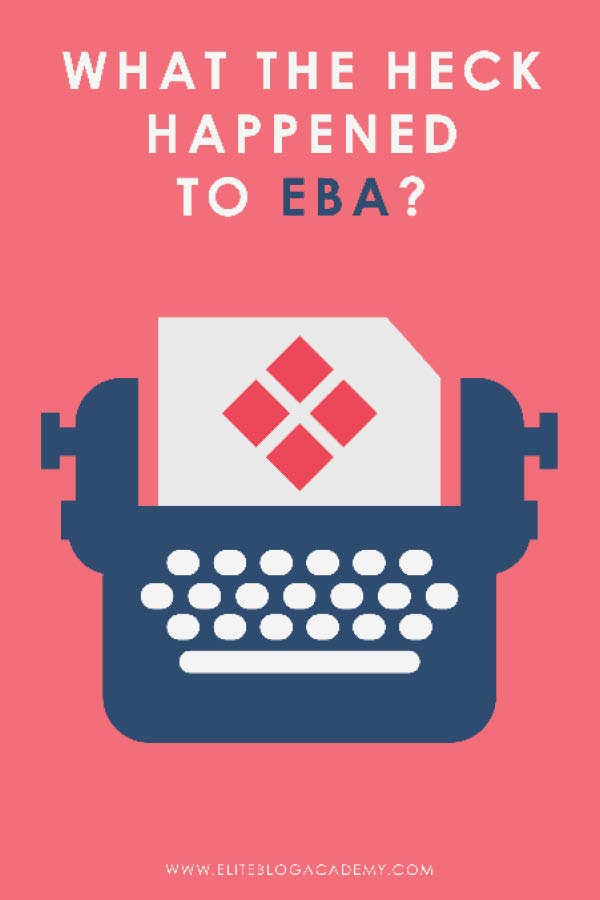 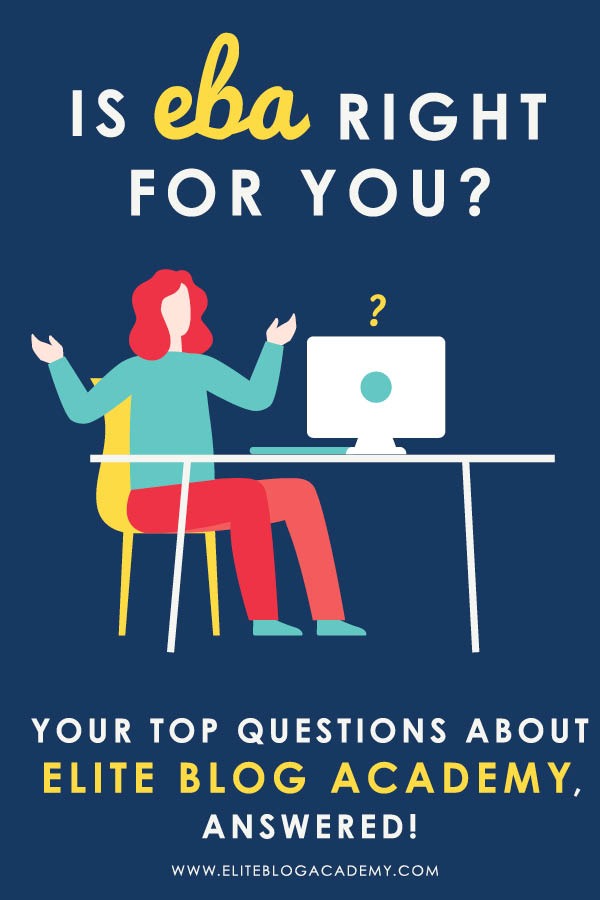 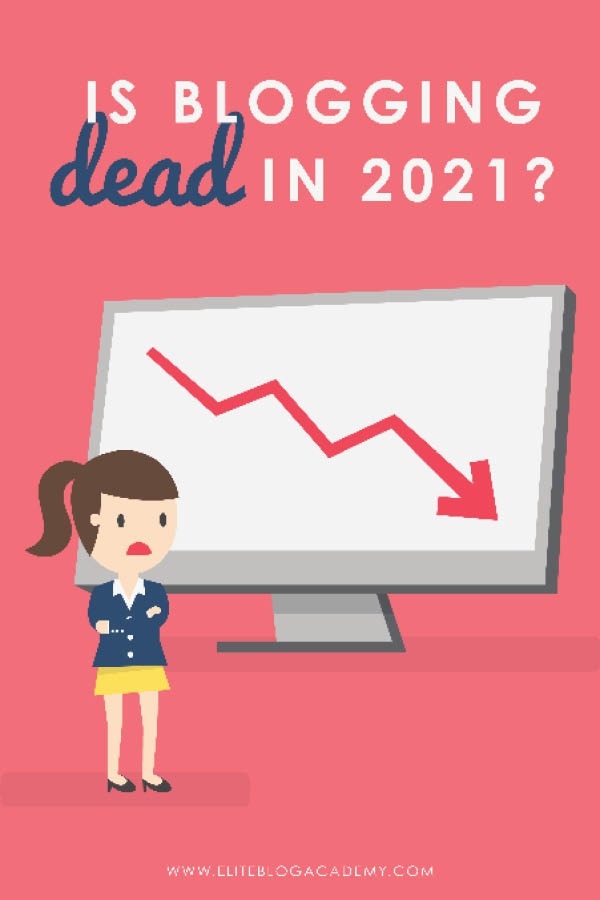 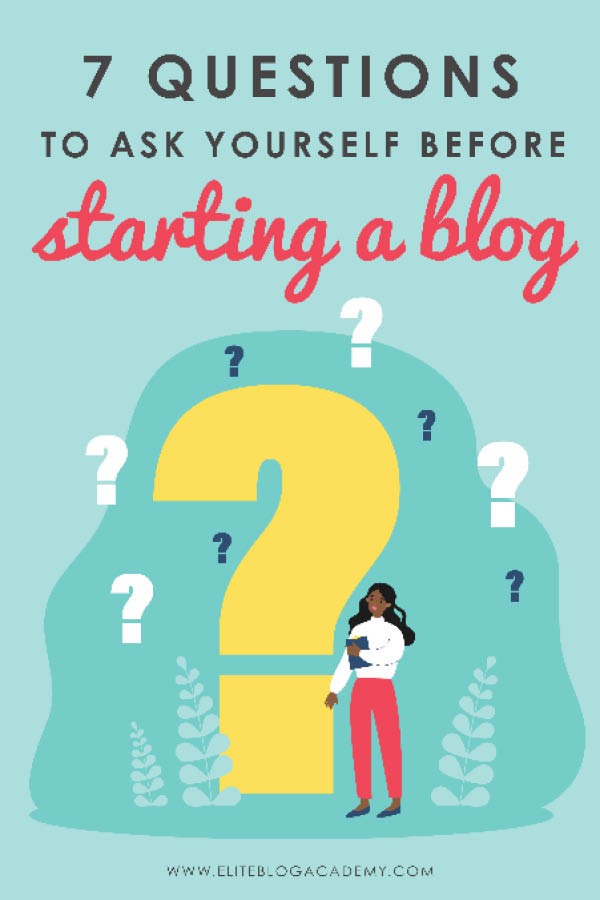 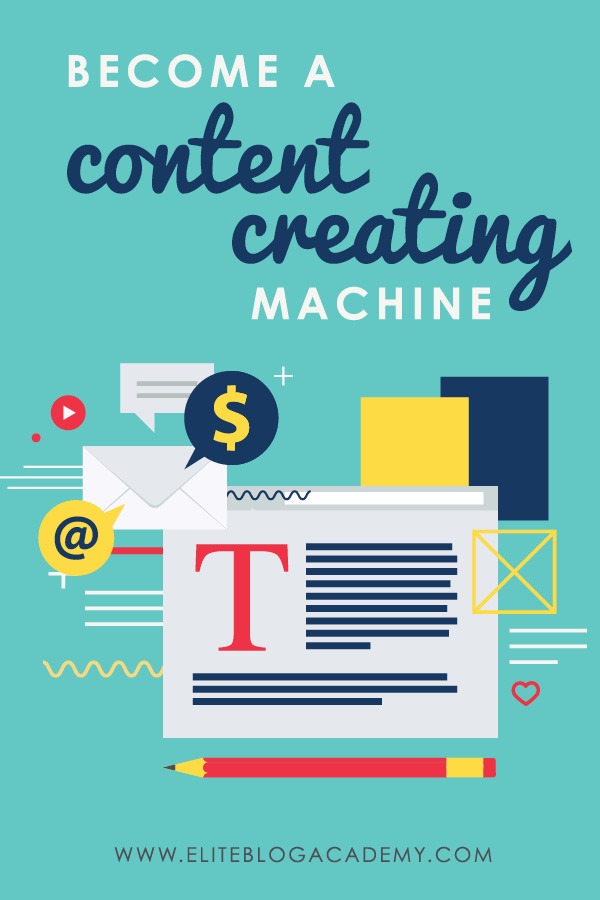 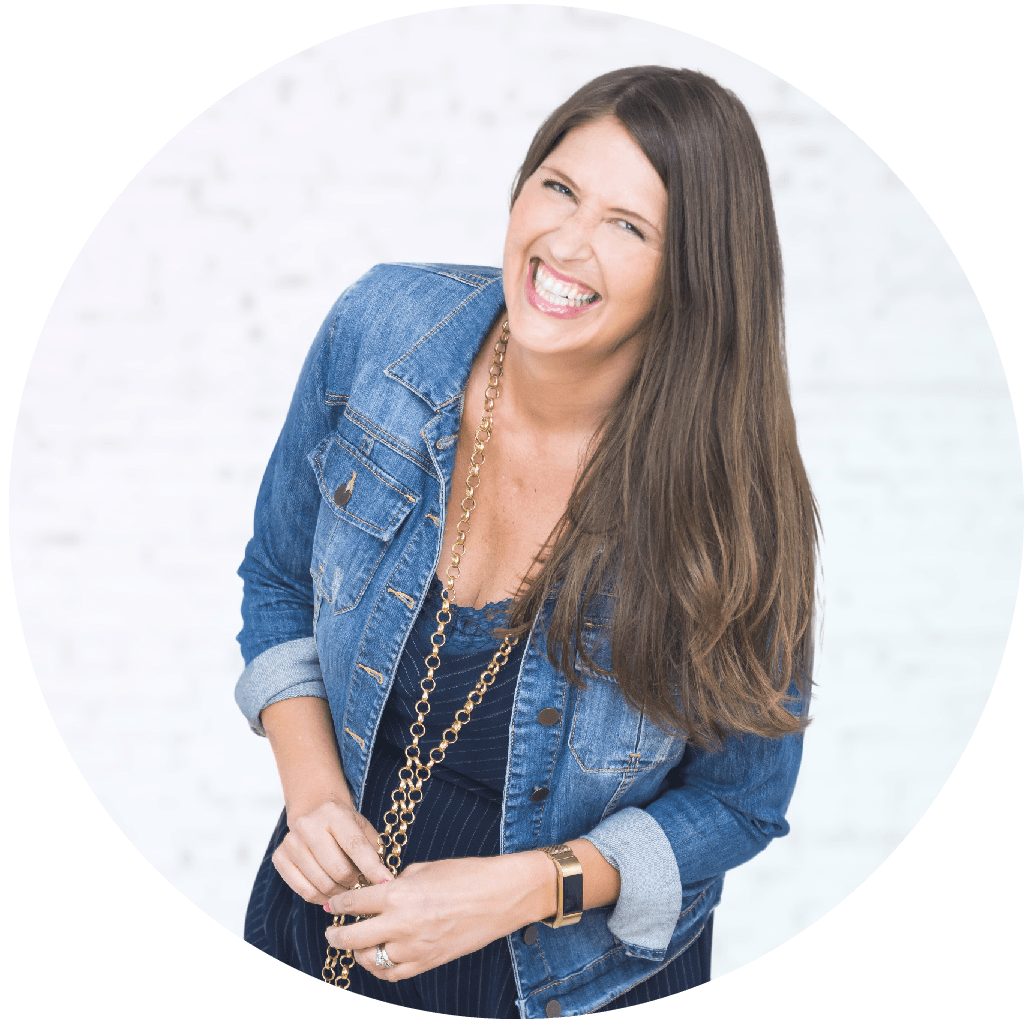