How to Google Your Way to Success: 5 Things I Learned From Abby Walker

It’s easy to look at someone who is successful and assume that they’ve always known exactly what they were doing, or that they had some innate expertise that led them down their path to greatness.

But in reality, that is very rarely the case.

And whether you are growing your business or pursuing some other big dream, there might be a moment where you feel overwhelmed and afraid, and that’s okay.

If you are strongly considering NOT doing something simply because you are afraid, that might be exactly why you need to push forward, out of the fear and towards your goals.

When I started writing my blog, Living Well Spending Less, it was not because I was awesome at saving money. In fact, it was just the opposite–I created my blog because I needed help spending less. I decided that writing about my journey along the way would help me get closer to my goals by holding me accountable.

I literally knew nothing about blogging or starting a business (much less saving money), but I was determined to figure it out. And I did.

And when Abby Walker, the extraordinary President, and CEO of Vivian Lou first started out, she also had absolutely no idea what she was doing, but she gave it her all anyway. Because sometimes doing it scared is just saying yes, and then figuring it out later. 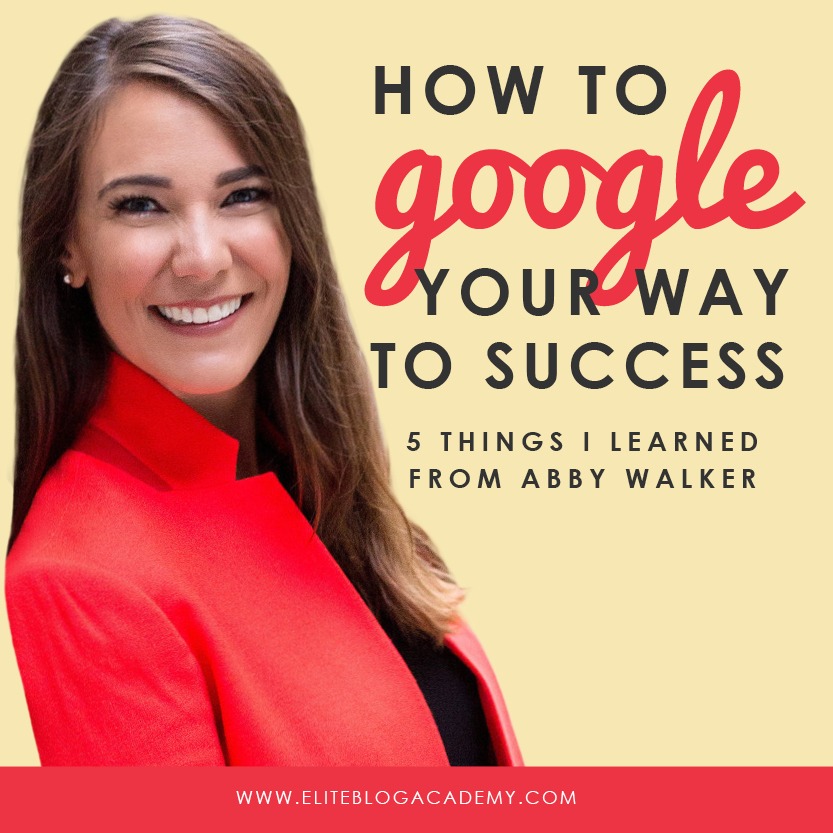 Listen in to Episode 12 of the Do It Scared® podcast, to learn more about Abby’s journey, from business flops to googling her way towards success. Hopefully, Abby’s story will inspire you to just go for it too!

You can listen to the whole episode on iTunes HERE or on Google Play HERE. (Or just search for “Do It Scared” wherever you prefer to listen!) You can also visit doitscared.com for more notes from this episode. Never miss a new episode by subscribing on iTunes.

Here are my 5 favorite takeaways from that interview:

We all have desires and passions that are unique to us and what we do with those passions can change the course of our lives. Abby Lou Walker’s passion is shoes. As a creative outlet, she started a blog in 2012 called, “Mama’s Shoes.” At the time, she was working in corporate America and struggling with who she was. “I needed some sort of creative outlet because I was just climbing the corporate ladder, playing the mom role, and was looking really to find myself again.” In 2014, a post about pain alleviating products sent her on a quest to create her own, more holistic approach to pain management. Abby didn’t know it at the time, but following her passion ended up changing her career and allowed her to create a life she loves.

Make It Up As You Go

Much like life, roads are never without a few potholes and bumps along the way. After her own pain-relieving product failed in the manufacturing stage, Abby changed gears but didn’t give up. Research led her to a company called Insolia, who offered her an exclusive distributor opportunity.

Abby said yes to the opportunity, but internally she was saying to herself,     “Okay. Don’t hyperventilate. You just said yes. You have no idea what you’re doing.” With help from Google and a lot of late nights, she was able to pull off and launch the product in October 2014.

That is what I think so many people don’t really realize about entrepreneurship or just about going out there and doing it scared that, nobody else knows what they’re doing either.

Don’t Be Afraid to Fail

The fear of failure is a huge handicap for most people. Click to TweetThat’s what stops them from going after their dreams and creating a life they love. They are afraid if they try and fail, all their efforts would be for nothing. Being afraid to fail was Abby’s biggest fear, but being an entrepreneur she’s learned to “welcome failure because you learn what doesn’t work and […]Learning what doesn’t work is almost as valuable as learning what does work.” Life’s biggest lessons come from the screw ups.

There are no rules to entrepreneurship, and no guidebook to tell you if people will buy your product, or even like what you are creating. But you can take the fear of the unknown and use it a fuel to your fire. One quote that resonated with Abby on her journey was by Sara Blakely, who said that the  “best way to disrupt a marketplace is not knowing how it’s supposed to be done.” Abby used this as her mantra. With no idea what was “supposed” to be done, she just went for disruption. You don’t have to ask yourself how you are going to compete, because you don’t have to even compete. Just follow your gut, Google a little bit along the way, and keep going.

If you feel like there is a fire that just keeps burning within you, listen to it and honor it. You have to put yourself out there and try something new. So many of us have that fire and that passion but we are afraid to listen to it. That’s almost what that “do it scared” is all about. It is about using that feeling in your stomach or tightening in your chest as confirmation that you are supposed to go for it. That feeling is the thing that’s going to spur you on. It’s going to create all this energy and momentum that will drive you forward to your goal.

We only see the end result of the journey and not everything that went into it. Click to TweetBut those lucky breaks and those opportunities that seem like they’re so fortuitous are actually the results of doing all the steps, even baby steps, Each step is walking you closer and closer to your goal and to a life you love.

Registration for EBA® will open in March 2020, for 5 days only. Join the waitlist now to stay updated!

Get Ruthed: Discover How to Turn Pageviews Into Profit with Laura Burton